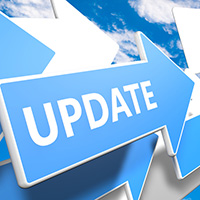 PASS has released version 1.7.3 of its Travel XML API Tool XX1. This version, among other things, includes ancillary services, branded fares and normalization of OTA codes in the hotel and car range.

Background of the new XX1 release are the strong dynamics of the travel industry. After more than five years of seamless compatibility, numerous innovations in the market that we wanted to contribute to required us to introduce schema modifications with the new release. Those modifications are not backward compatible to earlier versions.

Travel XML API 1.7.3: These are the new features

This release includes many new XML messages, for example the Hotel MultiAvailabilityRQ/RS. It allows to retrieve rates for multiple hotels in just one step, thus increasing the speed while simultaneously reducing the number of GDS hits. The newly introduced PingRQ/RS message in turn ensures comprehensive monitoring options of the availability of back-end systems, while allowing the TaxRQ/RS to calculate passenger-type-specific taxes per itinerary.

All new adapters that were built over the past years for the PASS Travel XML API XX1 are now available with the new release 1.7.3. Among the 30 new adapters are ARN, several different car providers as well as AirBerlin and SilverRail.

In addition, with the new version, the returned error messages have been revised. Now there is a clear distinction between standardized XX/1 error codes and those error codes of providers. This allows users of the tool to translate targeted error messages into different languages and present these to their customers.

The numerous other new features in the XX1 core include for example a JavaScript performance runtime mode and various updates of security libraries that close possible security vulnerabilities and integrate latest encryption techniques. To further reduce development times for XX1 travel adapters, a new basic framework was introduced. And of course many bug fixes have found their way into the API. The schema validity of the requests and responses has been greatly improved and the level of normalization across the different adapters has increased again.

How customers get the latest XX1 version

The Travel XML API 1.7.3 is now running in parallel to the previous version 1.7.2 in the XX1 hosting environment for the next six months. Starting on April 1st 2016 version 1.7.2 will no longer be supported. Customers should determine the time and path of migration until then.

If we can assist you with the transition to the new features, or if you have questions about backward compatibility, don’t hesitate to contact us!